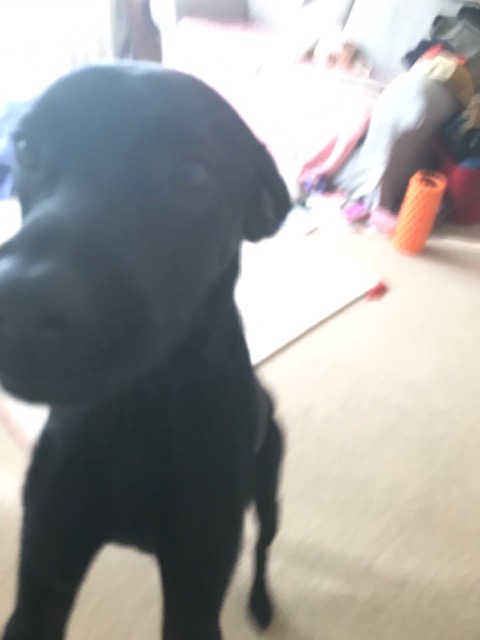 This is a picture of a dog I have walked once a week since he was a puppy, I absolutely adore him and this pic was taken after not seeing him for 2 months. He hates having his photo taken and I love trying to get an action shot of him. I nearly had it too but he got so excited and thought it was play time he jumped up so it’s an error because: the background is terribly messy and uninteresting, he is all blurry and out of focus.  Instead of it being an action shot its a big blurry mess; I totally love it though – it sums him up.