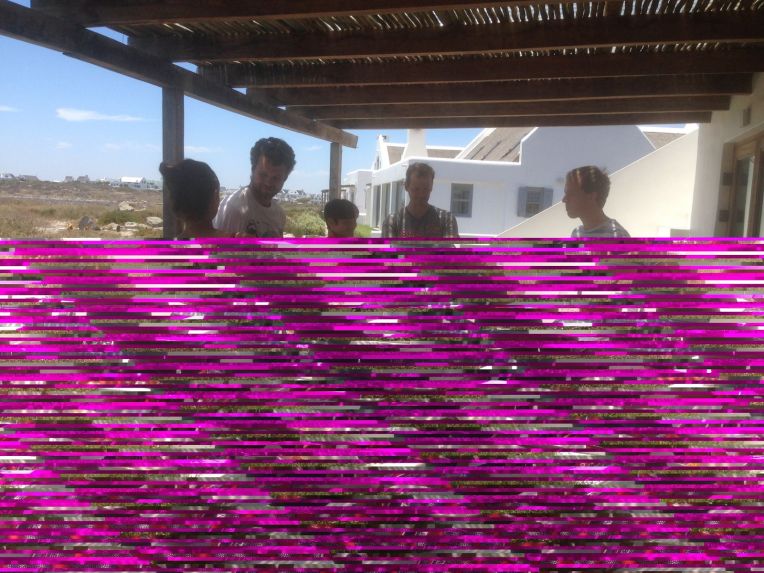 The error was an accident. I was visiting family at their beach house in Jacobsbaai in December, and as we gathered on the porch I tried to take a snapshot. As I positioned my phone, a moving magenta and dashed effect appeared in the lower part of the photo (perhaps the device was overheated).

I took the picture anyway, thinking that the glitch was probably screen-related only and the photo itself would come out normally. I was surprised to see the glitch included in the final photo. I did not want to delete it. It looks as if threads have been pulled in a weaving, dyed, and then reinserted out of line.