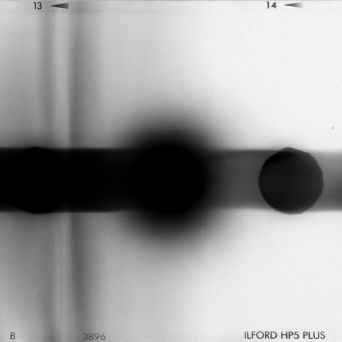 This roll of HP5 120 film was run through a Brownie Cresta the wrong way round, the resulting spots and stripes on the film are from the red counter/number viewing window which would otherwise show the frame number of the film. In this case it revealed the film to the light.

These images are selected from what is one roll film. Therefore I have made a conscious decision about which part of the film to present, although I consider the whole roll of film as the work.